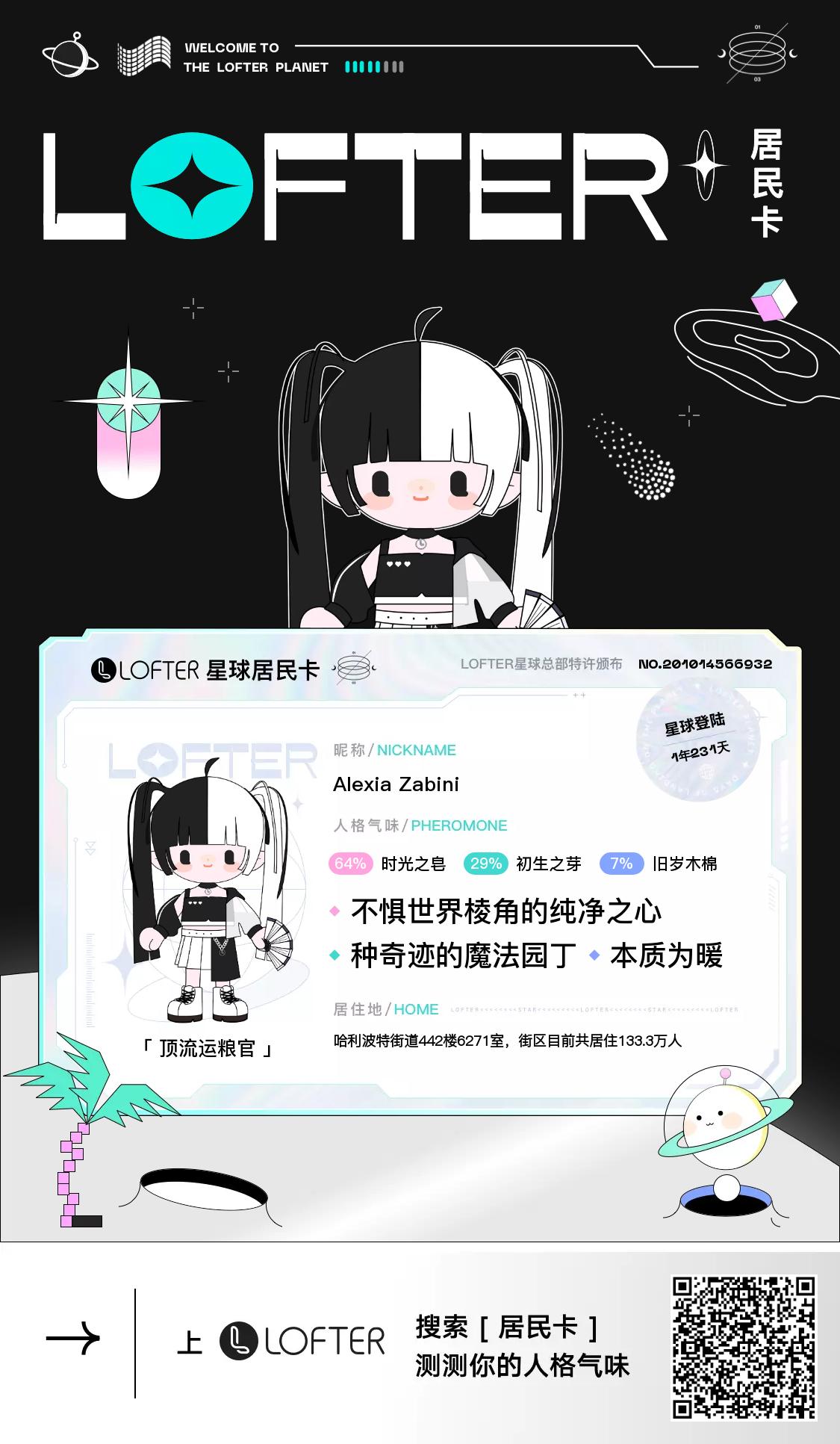 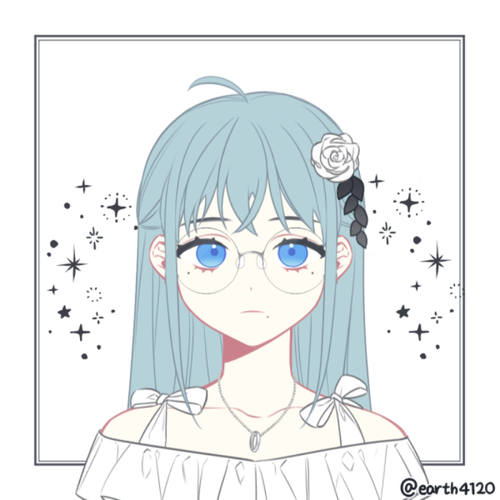 "Sirius! Here! " When I saw him, I had to say that Cyrus was really conspicuous enough. After all, he was the only one who looked at his mother (_) with a look of disgust. After hearing the sound, Sirius urged his mother to get out of here. Is this really good? ( ´ﾟωﾟ)？ "Look, I'm here, too, and you've seen Miss Snow. Can we go?" Sirius said impatiently, and then waved to me that he knew, and immediately went to Mrs. Walburga to see this scene and didn't want to disturb them, so she left. "Your mother's gone ..." I pointed behind him. "Just go. Where do you want to go?" He asked politely, laughing himself to death, knowing without thinking that he would definitely go to Ollivander. So I gave him a friendly smile: "The junk shop". He looked at me in surprise: "You don't want to go to the Ollivander wand shop? ! Don't you expect your wand? ！” Speaking of which, I slowly took out my wand, touched my nose with my hand and said, "You didn't come at that time, so I went to get the wand first, and I bought everything else ..." ———— Recalling the wand shop in Ollivander —— Sirius hasn't arrived yet, and I can't stand alone, so I'll test the wand first. I soon found Ollivander, telling the truth, really breaking ... I pushed the door open and walked in, but no one was there. "Is Mr. Ollivander there?" I said carefully for fear of disturbing the quiet atmosphere. Only the sound of "brush" was heard, and an old voice sounded: "Hello, Miss Si Nuo, I still remember your brother's wand. He is a self-contradictory person, hawthorn wood, dragon nerve, 11 inches, not easy to bend, suitable for cursing and treatment … "I interrupted his long speech:" Mr. Ollivander! I'm here to get my wand. " "Oh, yes, you see, I'm sorry ... Your habitual hand, Miss Si Nuo," "Both hands are OK, sir" "That's difficult ..." I saw Mr. Ollivander ramble and walk between the wand and take out a box, "Silver basswood, phoenix feathers, 12 inches, not easy to bend ... Come on, boy, try it. "No, not this!" Say that finish, and ran back to get the exception of a box "maybe this one. Acacia wood, unicorn hair, 11 1/3 inches, very soft. "I waved my wand again, and many wand boxes with wands fell off ..." No, this is it ... "I saw Mr. Ollivander hesitate and handed me a box. "Elderberry, vernon's tail feather, 12 inches, not easy to bend." I got my wand, and I saw red light coming out of it … "It's really incredible, incredible" "Why? Mr. Ollivander. " "I remember every wand I sold. This one was customized by Trelawney herself. It is simply the second edition of elder wand! " He said excitedly, "Twelve galleons, thank you." I'll pay the money and go.

"Is this really good for him?" Kane teased and pointed to my arm. "I said, don't bear what you shouldn't bear for me ..." He looked at me very seriously, and his eyes seemed to say' stop'. "No way, you are the heir of the Si Nuo family, and you must become stronger. But I don't care! I'm just an adopted daughter. "I blinked at him. I know that he has no resistance to my eyes. Sure enough, he stopped teaching me-Birthday-"Happy birthday to you?" Kane said uncertainly, it's not his fault. After all, it's only my stupid brother who can remember to say birthday wishes to me after being drunk so much. "Well," I looked at his embarrassment, "snow" and smiled. "Do you know what you are thinking now? Like a troll with a brain full of Achnatherum splendens, Kane "Kane was very puzzled when he heard my metaphor. He clearly didn't make me angry. Why did this happen? But before he could think about it, I heard a loud bang. Very good. I was drunk. "You can stay here and sleep today!" I said maliciously, I punched him, and went back to my room to sleep. The next morning, I heard the owl's flapping sound, and I knew that my admission notice had come. I took the letter and opened it to see, well, there were as many things as ever … I ran to the door of Sirius's house and beat the door as if I wanted to get back at him. The door opened, and a familiar voice wafted: "Why are you so grumpy?" I went back without showing weakness: "Dear Master Black, if your brain is not eaten by the troll, you should know that today is the day when I receive the admission notice. I really have no other intention to come to you except to take you to diagon alley." Boy, this son of a bitch brushed me when he heard the word diagon alley, pushed me into his house and was as happy as a troll. "Come on, pack up and go to diagon alley. I don't want to go with someone who looks like a troll!" I mocked him mercilessly, but he said angrily, "You can't be Slytherin! If you weren't Slytherin, I would ... ""Do you like Ryle? " "......" He was silent for a while, and then he heard a word "get out!" from the old house of Blake. ! ! ！”

As far as I know, Lucian and I were born on Valentine's Day, which is pitiful, so we never celebrate birthdays.

In a twinkling of an eye, I went from the ancient generation "Hogwarts Big Four, that is, the founder's era" to the parent generation.

"Bang bang!" There was a loud noise outside the door. "Daenerys, open the door! ! ！” Hehe, you don't have to think about it. It's Sirius, the dog. Do you really think I'm a vegetarian? ? ?

But I couldn't do anything about him. I ran down and opened the door. "Sirius Black, be careful I assassinate you! ! ！” I can't help yelling.

Oh, I forgot to introduce myself. I'm Daenerys Si Nuo. I live in Grimau Square like the Black family.

"Hey! Come on ~ "Sirius said with a smile," Did you get the Hogwarts admission notice? "

"No," I gave him a white look. "I have to wait until tomorrow to receive it." Hehe, I hate Blake.  “？ Aren't you born on February 14th? " The dog was puzzled, and I couldn't help shouting, "Merlin! I am indeed on February 14th, but today is just the beginning of February! ! ！”

Sirius scratched his head awkwardly. "Isn't that Kane guy here?" Yo, want to rebel? "No, don't you want to get Slytherin?" I stared at him, because I hated Slytherin for a long time under the treatment of dark magic instruments of torture and piercing bones.

"Don't say that, I am a black who wants to get Gryffindor!" Sirius proudly said, "In other words, Mrs. Si Nuo is too cruel." He looked at my bruised hand and said. Laugh! Who did this to me? Oh, yes, it's my stupid brother, Kane Si Nuo. If he hadn't nearly failed in his grades, would I need this? !

"Blake, are you a little out of line?" When people don't arrive, the sound comes first. "What's the Chinese saying? Speak of the devil, "I whispered." All right, get out! " I slammed the door with Sirius's shocked eyes.

Lucian Trelawney is my brother.

You may not think of it, but this is the truth. Cassandra Trelawney is our mother.

For some reasons, I couldn't grow up with Lucian.

When I was 16 years old, I got a strange disease.

From my excellent divination, I learned that I will never grow up and disappear again.

But it doesn't matter.

I still study at Hogwarts School of Magic.

Later, I met Newt Scamander and his brother theseus Scamander.

To this end, I also witnessed the story of how GGAD went from meeting each other to falling in love to breaking up.

But that's not the point.

The point is that Newt and I are the victims of their quarrel.

I especially want to say, can you quarrel face to face?

Of course, I only dare to say it in my heart,

laughing to death, and I'm gone if I say it face to face.

After that, I met Tom Riddle.

This guy is totally crazy.

He can sacrifice everything for his plan.

This is not allowed.

So he became Voldemort now.

Counting the previous times, this is my fourth time in school.

But this is not my original identity, but as Daenerys Snow.

I didn't enter Ravenclaw or Hufflepuff as before.

This surprised me because I got into Gryffindor.

I am a cold white skin.

In Gryffindor, I am the first in my grade except Remus, which makes me proud.

I am very happy, but I am also very sad.

Because of us, Gryffindor deducted 100% every day.

To this end, I applied to attend all the courses in the senior grades and make up for what we deducted.

I am also the goalkeeper of Gryffindor Quidditch team.

Sirius is the batter and James is the chaser.

At that time, I was the only goalkeeper who made an exception in the first grade.

Until we joined the order of the phoenix, and I became a Auror after graduation.

Because of this status, I missed the wedding of James and Lily.

It also makes the pieces of soul that should have been on him transfer to me, which is incredible.

I entered school again. This time, I entered Slytherin, but ...

I have lost my memory.